Congratulations to our member Panini Cafe!

WILLIAM BRUNYANSKY’S PANINI CAFE AWARDED 2015 TRIPADVISOR CERTIFICATE OF EXCELLENCE Recognised as a Top Performing Restaurant as Reviewed by Travellers on the World’s Largest Travel Site THOROLD, ONTARIO CANADA – May 20, 2015 –William Brunyansky’s Panini Café, today announced that it has received a TripAdvisor® Certificate of Excellence award. Now in its fifth year, the award celebrates excellence in hospitality and is given only to establishments that consistently achieve gr

NOTICE TO MEMBERS The Thorold BIA will be switching to a new website in the near future and will be changing the way we are currently communicating to you. We apologize for any disruption in our site as we move our information and systems over. The new site is anticipated to be up and running in the next few months. Members will be invited to view the site and provide feedback before it goes live and any additions or revisions to member profiles can be expected upon submissio

Hi everyone! Below are two Media Releases regarding fraud in the area. Fraud - Tax Scams Target Niagara Residents It is that time of year when Canadians are in the process of filing their income tax returns and either waiting for refunds or making additional payments. The Niagara Regional Police Service has received numerous complaints from residents that have been targeted by a number of common tax scam. Victims have been targeted by phone and email from individuals clai

Hi everyone! This is to serve as the last email you will receive from the BIA regarding the Thorold International Busker Festival. The event is an independent event and you will now have to sign up for emails directly from the Buskerfest Committee in order to be kept in the loop. The new email list sign up form can be found here: http://eepurl.com/bkryU1 The next Buskerfest meeting will be held Tuesday, May 5, 2015 at 11am at Tony's Pizzeria. All are welcome to att 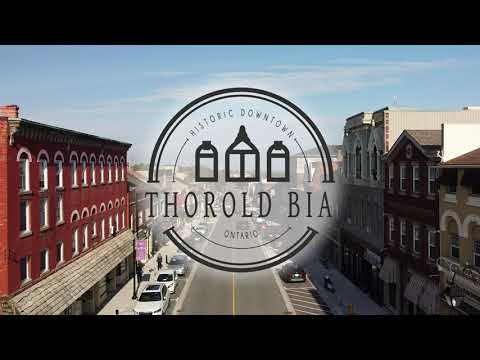 Costumed canines get their day 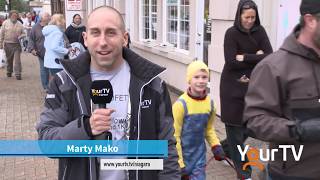 Thorold Goes to the Dogs